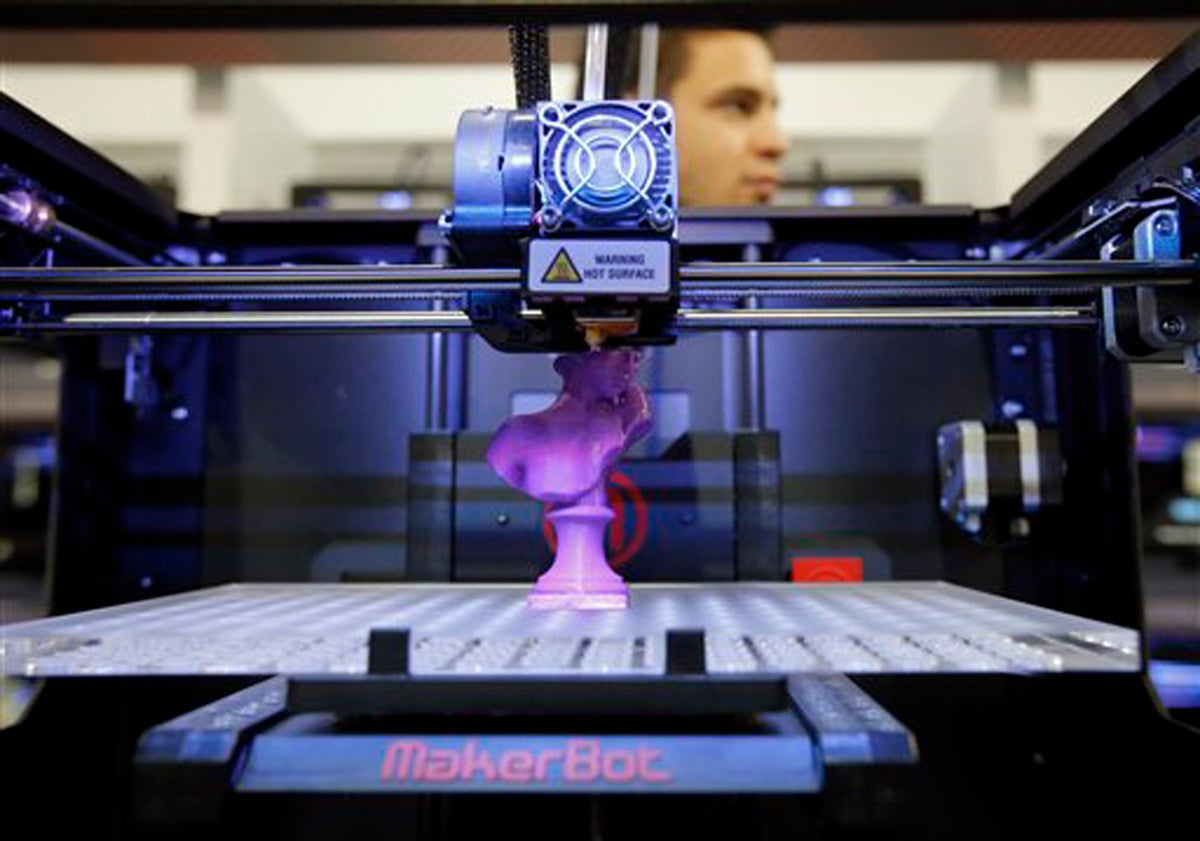 Imagine if you could print three-dimensional objects directly from a printer at home. It sounded like science fiction many years ago, and for a long time it was. But obviously not anymore.

What does a 3D printer do?

Like traditional printing, which takes a blank sheet of paper and creates two-dimensional images and text from scratch, 3D printing creates fully realized objects from scratch .

It is a fascinating procedure that can be helpful in many areas. But back then, it was still in the high tech realm that few people had access to, mainly corporations and big movie studios.

It took another two decades for the industry to bring 3D printers to average consumers. But 3D printing hasn’t followed a linear path from its inception to today, and it wasn’t as comprehensive and accessible a process as it is today.

A brief history of 3D printing

In 1986, a man named Charles W. Hull filed a patent for stereolithography , which became the first known method of creating 3D objects from scratch. The invention of this method ushered in a new era of machining processes. While most objects are built using a subtractive process (i.e. carving, drilling, cutting, slicing, etc.), 3D printing uses an additive process (i.e. i.e. adding material).

Despite massive advances in technology that have made 3D printing more accessible to the public, 3D printers are still quite expensive. While we can get an inkjet printer that creates decent results for less than $50, a new 3D printer costs anywhere from $400 for low-capacity hobbyist printers to over $4000 for professional printers.

Fortunately, we don’t specifically need to acquire a 3D printer to take advantage of this technology. There are many companies that provide 3D printing service at different prices.

Whether we are printing parts for a mechanical project we are working on or just want a 3D figure or decoration for our home or office, they will print it for us.

Almost all forms of 3D printing require an STL file. An STL file is a specific 3D model format that allows 3D printers to easily and efficiently slice the object into individual layers used in the actual print. Most STL files are first created in a computer-aided design (CAD) program and then converted.

How does a 3D printer work?

SLA is the first 3D printing technique that was developed. She creates objects from scratch by printing layers and layers of a particular photopolymer onto itself. The material starts out as a liquid and turns to a solid when hit with a focused beam of ultraviolet light.

DLP is similar to stereolithography in that it uses light to harden a liquid into a solid. However, in digital light processing, the object begins as a vat full of liquid. Some of the liquid is exposed to light, which hardens, and then the build plate is lowered slightly. Another blast of light further hardens the liquid, and this process repeats. Any remaining liquid is drained, leaving behind a solid model.

SLS uses a high-powered laser to fuse particles of material (for example, plastic, glass, ceramic, and metal) into a mass that takes on the desired three-dimensional shape.

EBM is a 3D printing process used for metal parts. The process takes place under vacuum and begins by spreading a layer of metal powder (most often titanium). An electron beam then melts the powder into a solid layer. The objects thus created are surprisingly dense and solid.

MJM works the same as modern inkjet printers. He spreads a layer of resin powder, then sprays a colored glue-like binding substance that hardens the powder into a single layer. Multi-jet modeling is extremely useful because it is fast and supports color printing.

FDM uses a heated extrusion nozzle that melts a material (e.g. plastic) as it exits. The nozzle can move horizontally and vertically through computer-aided controls. When the material exits the nozzle, it hardens almost immediately.

The advantages of 3D printing

3D printers have an undeniable advantage for any type of work requiring custom parts , whether commercial or personal. In addition to the initial investment in the printer and materials, 3D printing requires technical training in reliable design knowledge.

After all, what good is a custom parts manufacturing machine if we can’t create custom 3D models in digital form? Design work is much faster and easier with 3D printers.

Designers can take concepts and ideas and quickly produce a functional three-dimensional representation, called rapid prototyping. Then, as the design evolves, each iteration can be prototyped almost immediately.

In the industrial field

Companies can also benefit from using 3D printers to create their end products, not just prototypes. The nature of 3D printing allows for easy customization.

Typical assembly lines require the different parts of an object to fit together in a specific way or the line fails. With a 3D printer, personal customizations are made in the STL file – the printer does not need to be modified.

In the domain of health

The level of detail that can be achieved through 3D printing is phenomenal. The precision of a 3D printer can go up to a resolution of 4 microns. It’s thinner than a single human hair. This makes it an excellent tool for use in the medical field.

3D printers can be used to print specialized medical equipment, prostheses and essential organs such as heart valves. Additionally, 3D printing plays a role in biomedical engineering, pioneering the quest to 3D print organs and living tissue in a process known as bioprinting.

3D printing turns out to be a revolutionary technology. The limits of 3D printing are as vast as our imagination.

If we can design an object in 3D software, we can turn it into reality, whether it’s for a hobby, to fix a mechanical problem, or better yet, to save someone’s life.