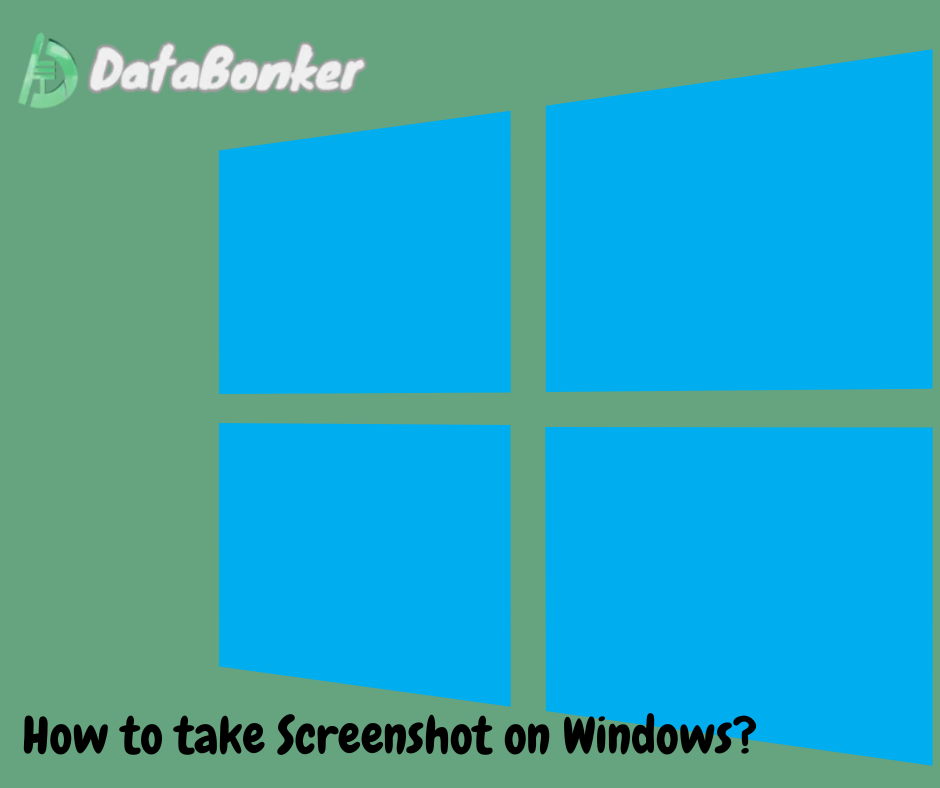 How to take Screenshots in Windows: These days, computers and laptops play a significant role in daily life. Every field requires a laptop or PC, regardless of whether you are a student, working professional, or businessperson. When working on a computer, the issue of “How to take screenshots in Windows?” frequently comes up.

To do so, we have come up with various easy methods and shortcuts through which you can take a screenshot on your computer. The screenshot might be a piece of the screen or the entire screen, and a few more features can help the user increase the output and quality of the screenshot. Screen captures are becoming more popular since they allow you to preserve photographs for later use as references and have shown to be quite useful for generating training materials or product manuals, troubleshooting, or simply coming up with fascinating reading content.

There are various quick and simple ways to take screenshots in Windows 10, Windows 11, and Windows 8 whether you want to record your entire screen or just one window or region.

We have brought you multiple ways and methods which will help you in solving this problem.

The steps involved in taking a screenshot on your Microsoft system are:

How to Take Screenshots on Windows systems?

Taking a Full-Screen Screenshot on Any Windows Computer

Select the Snip’s shape. By default, “Rectangular Snip” is selected. To change the Snip shape, click the Arrow button next to the Mode button: With Free-form Snip, you can draw any shape with your mouse. The shape’s interior will be snipped. Adjust the Snip border. Any snip you make will have a red border around it by default. You can disable or change this by selecting the Tools tab in the top-left corner of the Snipping Tool toolbar, then Options from the drop-down menu, and unchecking the box next to “Show selection ink after snips are captured.” The border will be removed from any future snips.

Adjust the Snip border. Any snip you make will have a red border around it by default. You can disable or change this by selecting the Tools tab in the top-left corner of the Snipping Tool toolbar, then Options from the drop-down menu, and unchecking the box next to “Show selection ink after snips are captured.” The border will be removed from any future snips.

Annotate the Snip. The Snip will open in a new window after you create it. You can draw on it and make notes with the Pen tool, and highlight text with the Highlight tool. The Erase tool will only remove annotations, not the entire screenshot.

Save the snip or copy it and paste it into the appropriate page. Win+ Shift+S is the shortcut. Your screen will turn light grey, and your mouse will become a crosshairs icon as a result.

Choose an area to screenshot.

Let go of the mouse button. This will take a screenshot of the area you’ve selected and save it to your clipboard, where it can be pasted into any programme that accepts pasted photos.

Copy and paste your screenshot.

Screenshotting Several Windows in a Row

A programme called “PSR.exe,” which is included with almost all Windows computers, allows you to record up to 100 different screens and save them all to a single document. This programme also records where you click and what actions you take on each screen.

Open Start. In the bottom-left corner of the screen, click the Windows logo. The Start screen will appear.

Launch the Run programme. At the top of the Start window, type run and then click Run.

To open PSR, type the command. In the Run window, type psr.exe.

Select OK. It is located at the bottom of the Run window. This will cause a small, rectangular toolbar to appear at the top of the screen.

Click the Start Recording button. This is located at the very top of the toolbar. This activates the Steps Recorder, which records the next 25 screen changes.

Navigate through your various screens. The Steps Recorder will take a screenshot every time your screen changes (other than simply moving your mouse).

Click the Stop Recording button. It’s located at the top of the toolbar. This stops the screen changes from being recorded and opens the results window.

Make a ZIP folder with your screenshots. Click Save at the top of the window, then enter a file name and save location before clicking Save.

This will save all of the screenshots into a single HTML file. To view the contents of the HTML file, open it in your computer’s Internet Explorer browser.

Hold down the Windows logo. This is the tablet’s bezel logo, not the Windows button on your desktop. If the tablet lacks a Windows button, press the Power button. Press and hold the Volume Down button (or Volume Up if using the Power button). The screen will briefly dim to indicate that a screenshot was taken. Your screenshot will be saved in the Screenshots folder, which can be accessed by opening File Explorer and going to Pictures Screenshots.

Taking a Screenshot of a Game

Now, if you’re playing a game on your system and want to take a screenshot, follow these steps:

Q. How can I immediately save screenshots?

When we simultaneously press the Windows key and the PrtScn key on the keyboard, the screenshot is immediately saved as an image in the Pictures library. The screenshot does not need to be pasted into an image editor.

Q. Why can’t screenshots be saved?

The reason screenshots may not be saved is that the folder with the name Screenshots does not have write permissions, which prevents Windows 10 from saving screenshots. We must choose Properties from the context menu when right-clicking the Screenshots folder to activate these permissions.

To activate permissions, we must next click on the Security Tab and then on Edit.

Q. How do we screenshot numerous pages in Windows?

The right combination of keys on the keyboard can be used in Windows to take several screenshots. Press the PrtScn key while holding down the Ctrl and Alt keys. The left mouse button causes a red rectangle to appear on the screen, which can be moved to the scrolling window to select the desired pages.

Q. Why am I unable to screenshot on Windows 10?

In some cases, the PrtScn key in Windows 10 is disabled by the F Mode or F Lock keys on the keyboard, preventing users from taking screenshots. To allow PrtScn to take screenshots in Windows, these keys must be depressed once more.