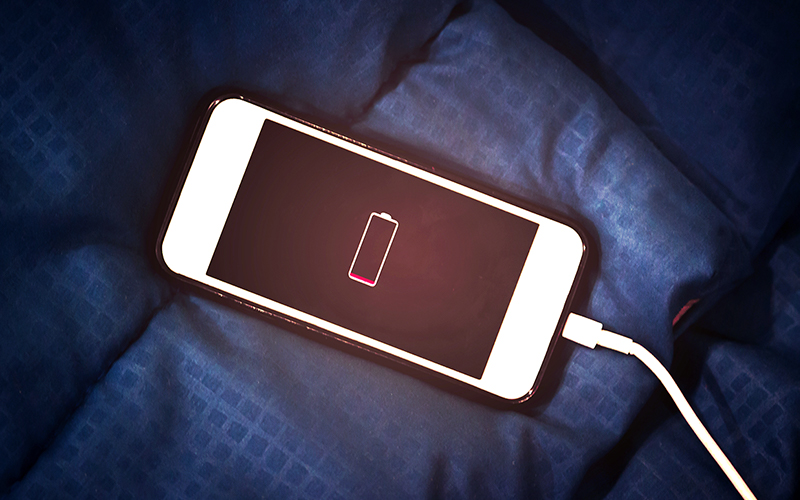 There is a series of practices that damage the battery and that you could be doing without realizing it, so below you are going to know them so that you can put an end to it once and for all or at least try to reduce the times that you carry them out so that the battery lasts longer.

However, once you put a series of issues into practice, over time you will adapt to these new habits with which you will protect your battery so that it works longer and takes less time to be damaged, with which you can also save money .

End the habit of always charging the battery to 100% of its capacity , it is not good for the battery because it will deteriorate sooner. That’s because each time you max out it completes a cycle and battery health can start to show sooner.

Even if you don’t know it, it is better to always keep the battery within a fork between 20% and 80-85% , when you exceed this last figure you will be forcing the battery, the same as if you do not drop it below 20% and do not charge the phone with that percentage.

That does not mean that you should never reach 100%, you can do it on occasion to calibrate it, but avoid it as much as possible. Better make short charges of a few minutes to maintain a more or less stable battery percentage that does not exceed 80-85%.

Use a non-original charger

The worst thing you can do is use a non-original charger to charge your phone , whatever it costs €2, €10 or €20. Always use the charger that comes in the phone box or, if you buy an iPhone 13 or other phones that no longer come with it, buy original ones.

They may cost a little more, but it is recommended because this way you do not damage the battery, you avoid short circuits and any other additional danger, in the long run you will appreciate it because most likely with a non-original charger you will start having problems soon.

Another practice that you surely do and that you have not noticed is to let the phone battery run out completely , or at least do it too often. This negatively affects the health of the phone’s battery and it will last much less

Sometimes it can happen to you because you don’t have a charger nearby or for any other reason, but if you can avoid it, it’s much better. What’s more, keep at least a charge of 20% or more, so the battery will not suffer as much degradation and will have a longer useful life.

Not calibrating the battery

It is good to calibrate the battery from time to time , for example, 1 time a month or less frequently, it is basically to charge it to 100% and use all the battery until the phone turns off, and then leave the phone without using a couple of hours and recharge it off.

Expose it to extreme temperatures

Batteries are very sensitive to extreme changes in environmental conditions , especially with regard to temperature. Avoid very cold and hot environments, do not let your mobile be exposed to cold (snow, ice, etc.) or very hot (for example, direct sun on the beach).

What these types of things do is degrade the battery, and in some cases they can destroy it because the batteries are not prepared for these extreme temperatures. In case it overheats, it is better to seek shade and not use the phone until the temperature drops.

Leave the mobile discharged without using it for a long time

Surely with the mobile it will not have happened to you, but it has with other devices, although it is applicable to mobile phones as well. Avoid whenever you can that a mobile completely discharged to the point that it does not turn on is in that state for a long time.

Charge it from time to time because in the long run that battery will suffer further degradation or it may even happen that, even if you don’t charge, it won’t turn on anymore. It can happen to you from time to time that nothing will happen, but that it does not become a habitual practice is recommended.

Use the mobile while charging it

When a mobile charges, you will notice that it gets hot, so it is best that you do not use it during this process, or at least do not execute heavy tasks such as games. You can answer a WhatsApp or a call, but if you do, disconnect it and reconnect it later.

The fact of running apps while they load can mean an increase in the temperature of the one it already has, so avoid this practice whenever possible, although if you do it from time to time nothing will happen, but try not to let it come back often.

Charge it with case or cover it when charging

We recommend that when you charge the mobile you remove the case or protection it has . The vast majority of people use some type of case on their phone, but when charging it is better to remove it in order to generate unnecessary overheating due to poor ventilation.

This is applicable to charging by cable, but also if you charge the mobile wirelessly because it is done by contact, when finished you can put it back on. Of course, keep the phone away and with nothing around while charging, so it is more ventilated.

Leave the mobile charging at night

With the charging speed that many mobile phones no longer offer today, it would not be necessary to leave the mobile charging all night , and it is recommended not to do so, since with 10-15 minutes you can get a good percentage of battery to enjoy more time on the phone.

There’s no point in letting a phone charge overnight, although if you do it ‘s better to use smart plugs that allow you to set a timer to cut off the power so your battery won’t be damaged as quickly.

They are a series of things that you probably did not know that in one way or another affect the battery of mobile phones, ending up damaging them rather than following good practices.

In any case, they are tips that not everyone is willing to follow because they would have to be aware of many things and for those who really want to enjoy a mobile phone, they will surely not carry out any of them or only some.

No matter how many good practices are followed to keep a battery in good condition, there will come a time when it will be damaged over time and you will have no choice but to change it, something that many also avoid because they prefer to buy a new mobile. Be that as it may, avoid doing things that can damage the battery of your mobile , so it will last longer.