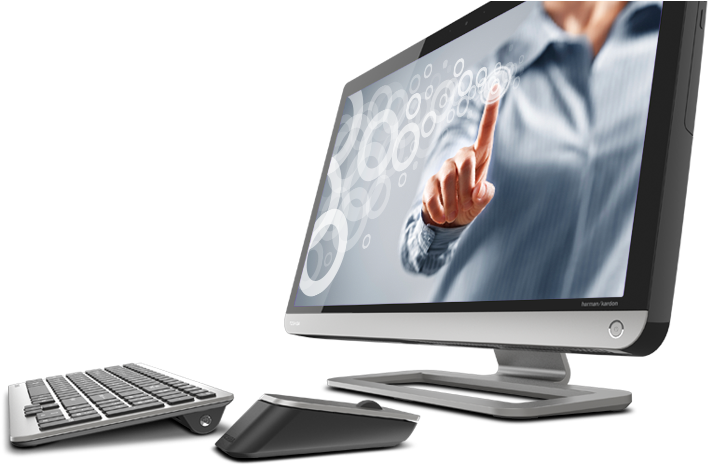 The touch features of Windows go far beyond its handling in tablet format, thanks to the introduction of the digital pen. Laptops with this feature are a powerful tool to enhance productivity and creativity.

Although it is not presented as a star functionality by Microsoft, the reality is that we have been enjoying touch technology on the screens of our Windows operating system laptops for many years. Many users have become accustomed to enjoying its many advantages.

Since Windows XP, back in 2002, we could already use a version known as Tablet PC Edition. At that time, we not only had a tactile interface as such, they also gave us support for the use of a digital “pen” that opened the doors of a more precise interaction. The most important evolution came with version 10 of the system and the introduction of Windows Ink, a software suite with applications and functionalities focused on the use of a digital pen .

In the last major update, Windows 11, the focus has been on making the touch screen usable like any mobile device. We can interact with the system as if it were a tablet, with gestures that take advantage of multitouch support .

All this would not have been possible if the different hardware ingredients of laptops had not evolved at the same pace. From the introduction of screens with greater sensitivity to touch, to the development of pens with greater pressure pressure, through the power provided by the hardware of the Intel Core processors of each generation .

WHAT ARE THE ADVANTAGES OF THE TOUCH SCREEN?

Once you introduce touch interaction into your workflow, it’s hard to go back. Some advantages that we can easily recognize:

We re-emphasize that implementing a touch screen is not just introducing a new type of component. From the point of view of the process, it implies much higher demands , and that is where the latest generation of Intel Core processor hardware and its video acceleration functions come into play.

An interaction with delays or “jerks” while we write or scroll the screen, would break the user experience. To the refined operation of these interactions we must add the ability to perform them in multitasking : use a web browser with several windows while capturing elements from different pages, copy and paste them on the whiteboard while making notes. All this while using applications like Photoshop.

We are talking about fluently performing any type of task on laptops, until recently limited to desktop computers. Professionals, creatives and the most demanding users , who want to work on the move, will find in the family of Intel processors – from the Core i3 to the powerful Core i9 – the ideal brain to achieve that difficult balance between power and autonomy .

THE DIGITAL PEN: A PRECISION INSTRUMENT

In terms of precision, digital pens provide an experience close to freehand writing or drawing , thanks to the use of highly sophisticated sensors with support for thousands of pressure levels and even tilt detection.

Each stroke feels natural and provides the results we would expect using a pen and a piece of paper. We are going to discover different ways and applications with which we can improve our productivity thanks to the digital pen :

A WINDOWS COMPUTER CAN BE YOUR BEST TABLET

We put aside the pencil to delve into the other interaction that touch screens allow us, which is none other than the action of our fingers . Since Windows 8 it has been an important feature for Microsoft, but until the last two versions we have not received a gesture system that offers us truly alternative control.

Computers with Windows 10 and 11, with touch screens, can be used as if they were a tablet . Manufacturers have given prominence to this possibility by creating a new category of equipment called convertibles, in which we can rotate the keyboard so that the screen comes to the fore.

The interface does not really change its design , at any time we can touch the elements and interact with them. We can select them, hold down on them to perform the action of the right button, or drag them across the screen.

When it comes to full screen content, we can scroll just like we do on a phone or tablet. The same goes for two-finger zooming on images or items that allow it. But the real innovation is in the gestures :

All these actions allow us to interact with the entire system without the need for a mouse, but we lack the possibility of entering data comfortably. For this, Windows 10 and 11 have a virtual keyboard on the screen , in the purest style of those used by mobile devices.

HOW TO CALIBRATE THE TOUCH SCREEN IN WINDOWS 10?

The touch screen is one more component and therefore it is susceptible to failures, in the vast majority of cases it will not be a hardware problem, so a restart can solve the situation.

If it continues to respond incorrectly, it is possible to try the calibration that Windows itself offers through the control panel:

Finally, we can only remind you that both by buying in our stores and on the web, you have the possibility of financing your computer easily and without interest.